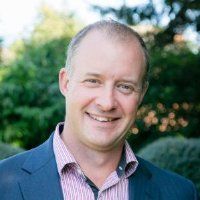 The NHS is only beginning to recover and now one of the world's biggest cyber-attacks has disabled computer systems across Russia, Britain and the US yesterday, freezing government departments, disrupting oil and shipping companies and restricting radiation checks at the Chernobyl power plant.

The attack came just hours after Sir Michael Fallon, the defense secretary, said that Britain was ready to use airstrikes or troops in the event of a hack that threatened the country. "The price of an online attack could invite a response from any domain - air, land, sea or cyberspace", he told the security conference.

This may feel like a public service announcement from 2 Circles due to the widespread and severe nature of this attack.

"Petya" Ransom-ware is a major attack targeting Microsoft Windows systems and is affecting large and small companies and systems alike, many of them critically, on a global scale.

This new ransom-ware variant is spreading rapidly across the globe at the time of writing. There is not much in the way of consensus yet in the security research community, as such the following information is only provisional in nature:

The ransom-ware has affected a large number of individuals, companies, organisations and government entities on an global scale.

Behavioural analysis has been provided in the YouTube video below.

If you have not already done so already, immediately install the MS17-010 patch from Microsoft.

If you currently run an un-patched Windows system, you may not have time to patch it before you are infected. Consider shutting down your machine, if feasible, and leaving it off the network until there is consensus in the security research community on what this exploits and how to protect against it.

If you are technically able to, we recommend you block network access to port 445 on your Windows workstations. You may also want to monitor traffic to that port if you are a security professional.

Keep an eye on the Microsoft Security Response Center where they will hopefully release formal guidance soon.

Update your anti-virus definitions and run a scan on your system.

We at 2 Circles use Cylance and are protected by it, we find it a remarkable AV and would be happy to talk to anyone about it. We can also put you in contact with some very very clever security people that can offer advice for free!

You can find out which anti-virus products are detecting the current variant of Petya on this VirusTotal page.

The link is for the files involved in the infection. The page shows which AV vendors are currently detecting this file. NB: The green check marks at the bottom of the list mean the file is NOT detected by that AV vendor (it’s counter intuitive). Please note that currently Windows Defender is not detecting this Ransomware.

Cylance Prevents Petya-Like Ransomware Overview A new ransomware outbreak has been rapidly propagating across computer networks globally, starting earlier in the afternoon (UTC) today on June 27.  Before explaining the details of this latest outbreak, rest assured that CylancePROTECT® customers are fully protected from this threat, and have been since October 14, 2015 with our 1310 model release. The new Petya-like attack demonstrates the benefit of our temporal predictive advantage, which enables CylancePROTECT to block this new ransomware threat without an update. Watch Cylance protect against this new Petya-like ransomware here:

A "powerful" cyberattack has hit banks and IT systems around the world. Follow updates in our live blog #SNT https://t.co/H9TrTvkXTk

Firms around the globe are reporting a major cyber-attack https://t.co/lysGDBHwXd pic.twitter.com/LeXFYGOD0z

Who can remember the Millennium Bug Hype?
Andy Reid

When Weather affects Work - The Show MUST go on - But HOW?
Andy Reid

Firms around the globe are reporting that they have been hit by a major cyber-attack.
Andy Reid

Protect your business from the unforeseen, and Be More Secure with SCG
Samuel Sturgiss

Be More Present: the key to mental health and hybrid working
Hannah Clear

For plans and pricing, please contact our sales team at sales@passle.net

Sorry, you don't have permission to repost or create posts.

Your repost is currently a draft. Review your repost and request approval.

Sorry - this is not an option. This post already exists in the Passle you have selected.

Try reposting to another Passle.

SCG Together - More than the sum of its parts...

We have brought 2 Circles, NSN and Hello Telecom under one brand as SCG Together to give our Customers and Partners a supercharged service provider that is so much more than the sum of its parts. Coming together as SCG also connects directly to our parent company Southern Communications Group, which has been bringing people and technology together since 1965.

SCG Together will continue to focus first on people and then on aligning the best communications technologies available to deliver real and meaningful value. In our mission to support and optimise businesses across the UK, we are committed to delivering on the promise of the Cloud and ensuring you are More Connected than ever before.